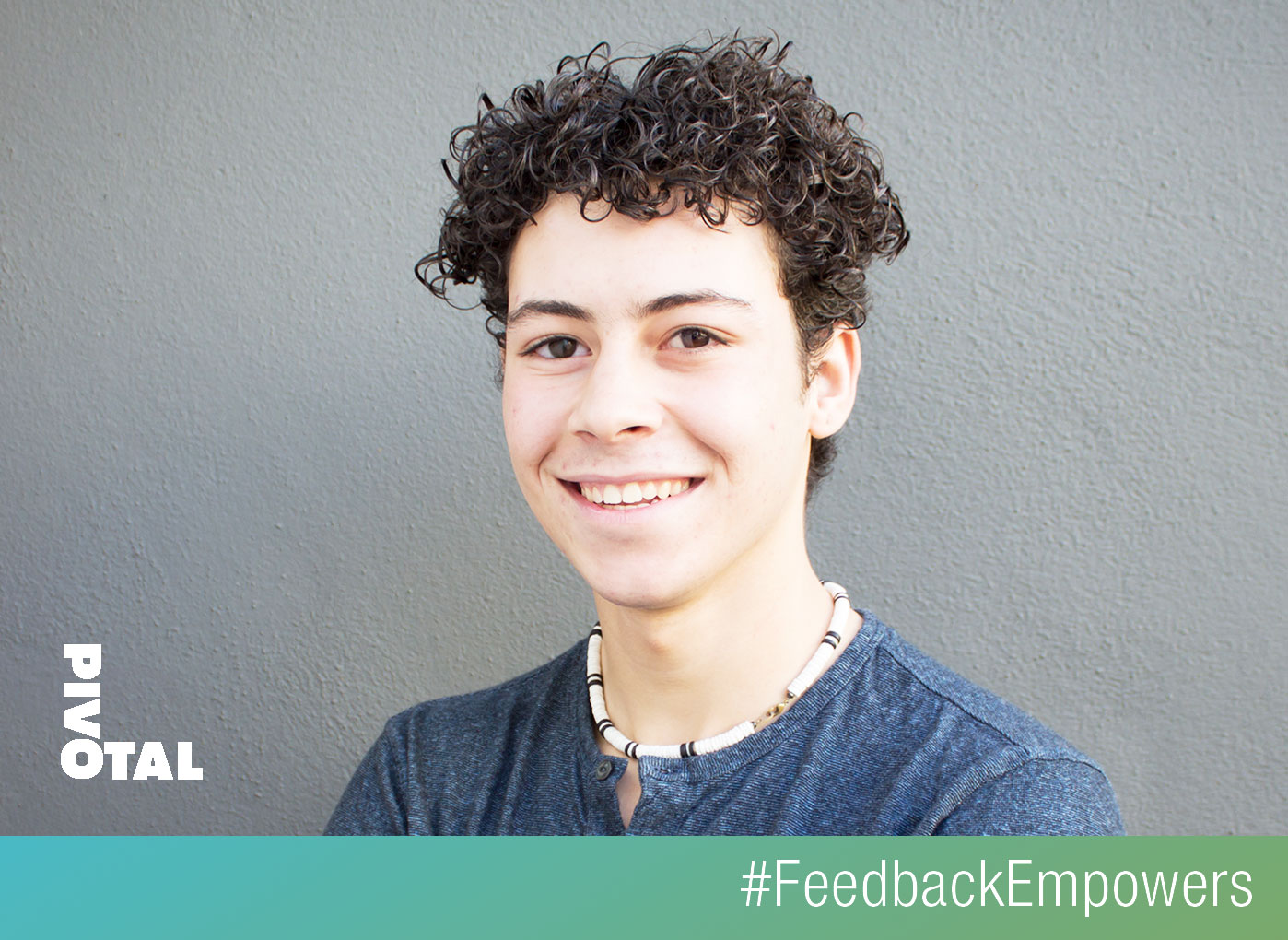 Growing up in California’s foster-care system, Anderson, now in college, says he did so much paperwork and filled out so many forms and surveys that “you just get tired of it and it feels like another piece of paper and nothing will happen.”

That’s why he was especially pleased and surprised when Pivotal (formerly Silicon Valley Children’s Fund & TeenForce), after gathering information from Listen4Good surveys administered to Anderson and his fellow students, responded directly to the feedback, making tangible changes to its STEM and career-services programs.

Anderson says he wrote on one of the surveys during high school that he would like more-advanced robotics classes in the afterschool academic program. When he returned next session, the program had added an upper-level robotics class with a new teacher and upgraded equipment. He was thrilled, he says, with the new course and the complex projects, like building a wifi- and Bluetooth-controlled robot.

On a L4G survey about the job-readiness program he participated in, Anderson noted that he was disappointed the curriculum didn’t go more in-depth about how to handle job interviews. He says the class helped with his resume and taught him to dress nicely and stay calm during meetings, but not much more. In response to the feedback from Anderson and others, the program now includes opportunities for students to go on mock interviews.

“When I first got the surveys, I was like, ‘Why am I doing this, it’s just words,’ ” Anderson says. “Then stuff happened and I was like, ‘OK, this is how it works when somebody is listening to the surveys.’”