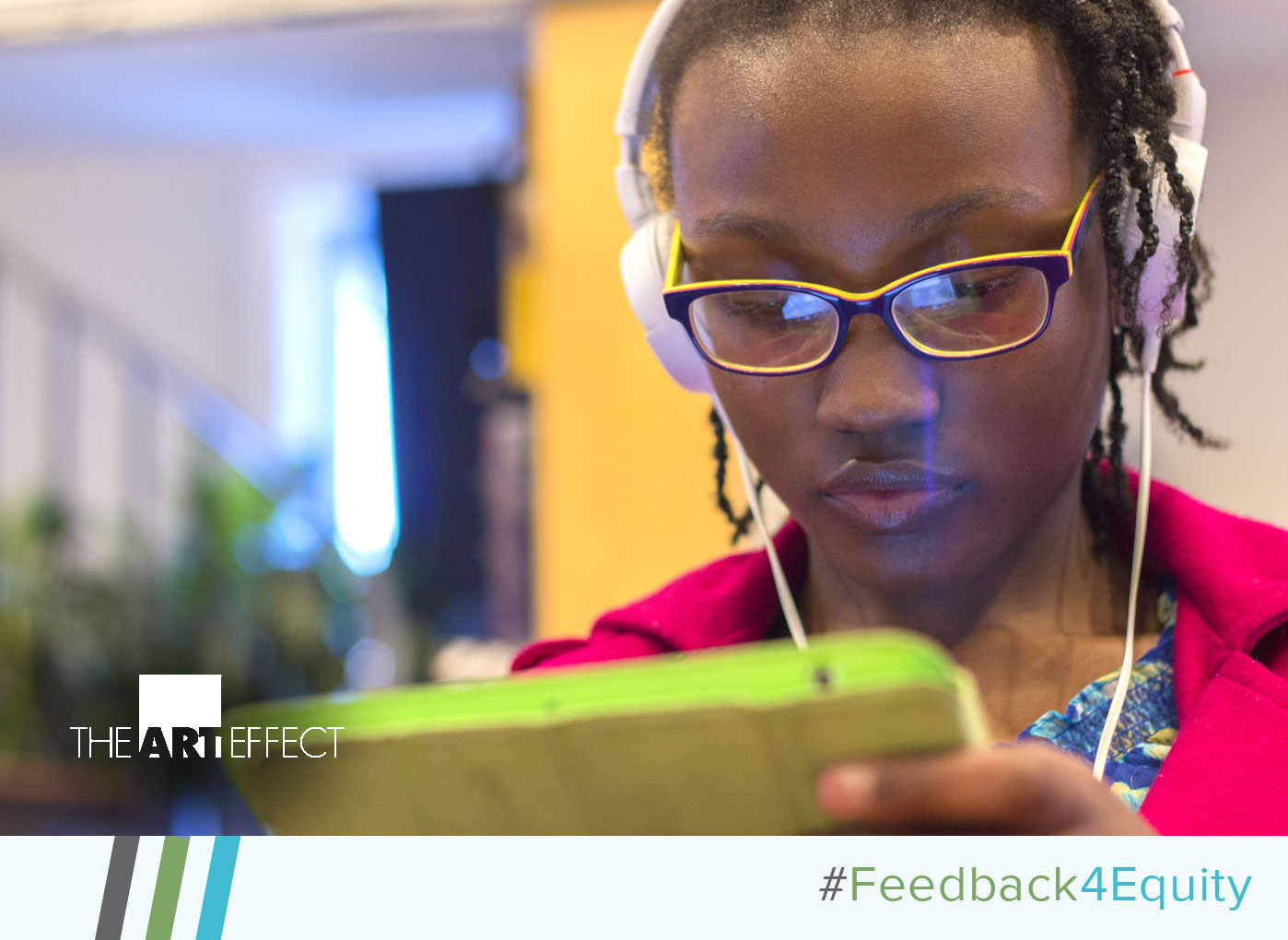 Tamara had been drawing all her life, sometimes, she admits, even on the walls when she was little. By high school, she was a talented digital illustrator, and was taking ceramics and painting classes. Still, she says, entering the art studio at The Art Effect, a nonprofit in Poughkeepsie, New York, serving young people through art, she felt a mix of fascination and intimidation.

“I felt out of place because it was … so different than what I was used to,” Tamara says. “They were so serious and into their art. But I said, this is what I want.”

Through The Art Effect’s new 10-week program — called the Media & Arts Advancement Program, or MAAP — it’s what Tamara got: A bridge from more informal art courses to focused art training, along with help preparing her portfolio, college applications, and financial-aid documents. Now, she says, she feels confident and ready to begin her studies at the Fashion Institute of Technology, and aims to be the first in her family with a college degree.

The Art Effect created MAAP after feedback from Listen4Good surveys made it clear the organization needed to do a better job serving a diverse student population and aligning its offerings across its programs. Its Art Institute programs, which include the studio courses, charge tuition and nearly all of the students are white and from middle-class families. By contrast, the majority of participants in the group’s workforce-development programs, run on grants, are people of color or from low-income families.

Mary Ellen Iatropoulos, The Art Effect’s education director, says that she and her colleagues were pleased with the high average Net Promoter Score the group earned overall from students taking the L4G surveys, but they knew it was critical to drill down into the data.

Cross-tabulating the survey results with demographic information found that white respondents gave The Art Effect an above average rating, while the NPS score among Latinx students was lower; among black students it was even lower still.

Follow-up to the survey revealed that varying interpretations of the NPS question may have contributed to the reported differences in ratings by race and ethnicity. Still, The Art Effect’s staff was motivated to look more closely at the disparate scores and the potential disparities among the organization’s programs. What became obvious through this L4G-survey process, Mary Ellen says, is that the organization needed to tackle important issues of inclusion and equity.

To start, Mary Ellen herself attended training to build her cultural competence, and the group is looking for funding to cover the cost of training for the entire staff. It has also formalized a process for collecting students’ demographic data in order to watch for gaps and trends over time. And the organization has committed to translating written materials, including its marketing materials, into Spanish with an eye to being more accessible to diverse students.

A highlight of its new efforts, though, is the MAAP program, which mixes elements of the workforce-development program, where art students get stipends or paid internships, with classes at the Art Institute. Participants pursue paid training opportunities, plus get prepared for and enrolled in advanced-level arts-skills courses that may have otherwise felt out of their reach. MAAP also includes group meetings and one-to-one coaching meant to ensure students get the encouragement, mentorship, and guidance they need to plan for, apply to, and prepare for college.

Tamara plans to major in illustration at the Fashion Institute and work towards a career in the arts. After participating in MAAP, she says, “I no longer feel out of place.”